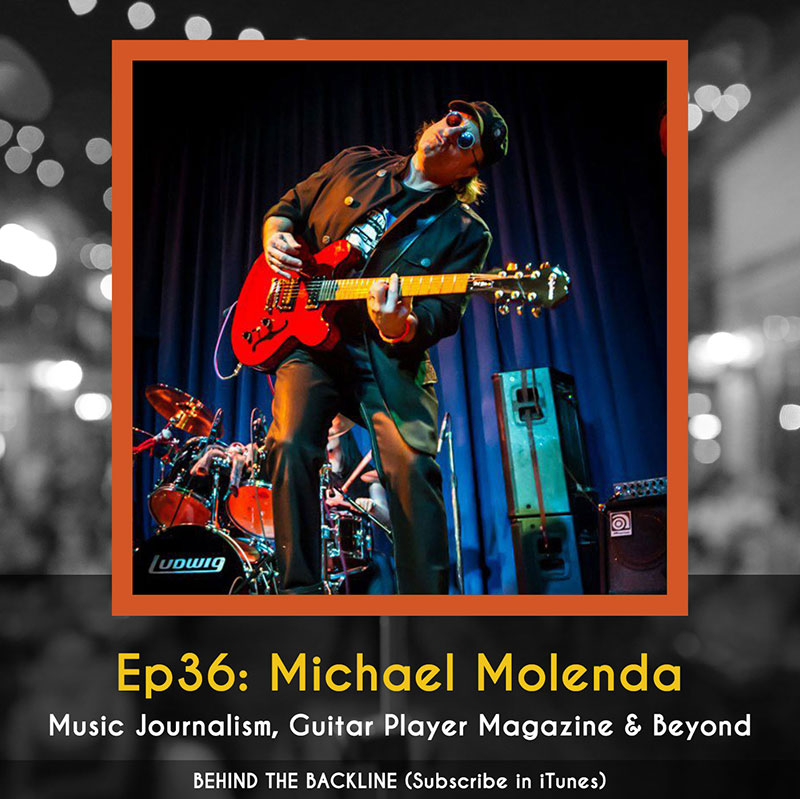 Episode 36 of Behind the Backline

No one can predict the future. No one can ever know what’s coming next (except me, just kidding). A lot of times we have to roll with what life throws at us, regardless of how predictable we want our life to be.

As humans we are creatures of habit, loving every minute of having a routine, going to work, coming home, advancing our career, staying organized and having everything in its place, and knowing that we have the power to make tweaks to it whenever we want, as long as its within our comfort zone.

But as we very well know, life enjoys throwing the occasional right hook at us to see how we handle it. This is something that both Michael and I, your humble podcast host, have experienced in recent years.

Michael had two career path options in his early years: music and journalism. As you’ll hear, his father was super happy he chose journalism, a job that he knew was stable and had a future (cough).

As time (and the Internet) will tell you, music and journalism began to have more and more in common, debunking this “some industries are future-proof” myth. But lucky for Michael, he was able to merge his two passions into one as he worked through an array of music and non-music related publications and media outlets.

Every Ending Has a New Beginning

In 2018, not long after the magazine’s parent company was purchased by a UK-based firm, several members of the team, including Michael, were let go as the new owners reorganized and changed the way the magazines were run.

While not a fan of the changes, the grieving process was short-lived. Michael got back on the horse and decided to launch a new endeavor that allowed him to continue his music journalism path.

In October 2018, Guardians of Guitar was born, an online media outlet that evangelizes guitarists, guitar music, and guitar gear while supporting players of all ages, genders, skill levels and styles.