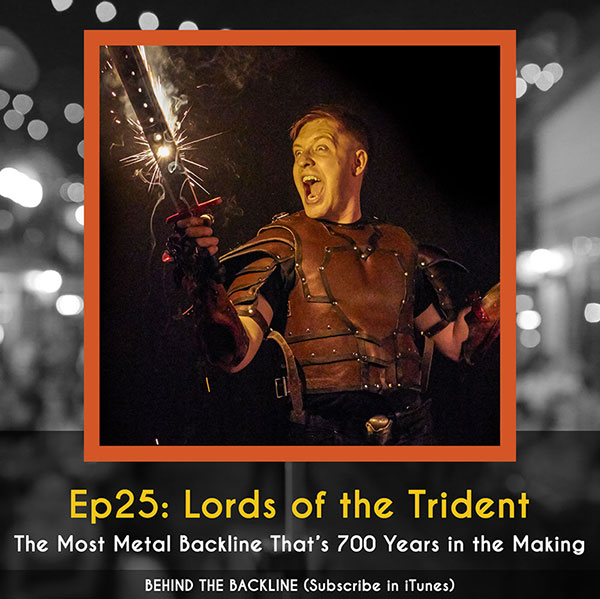 Episode 25 of Behind the Backline

Imagine if you were alive 700 years ago and, while hosting a concert that was giving out free rats for every ticket sold, you accidentally caused the Bubonic Plague? What would YOU do?

If you were Lords of the Trident, the most immortal, most metal band on Earth, you would go into hiding for the next 700 years and let the whole “Bubonic Plague thing” pass over and allow history to correct itself and remove you from any future history books so that you weren’t destined to have that finger pointed at you for all of eternity, right? RIGHT?! Well, yes, that’s right and that’s exactly what they did too.

According to their website (which by the way is the most metal website on the Internet), their metal is so pure that only diamonds can scratch it, even though it’s usually the diamonds that are the ones that end up getting hurt in the end. Their amps are so loud that even Manowar knocked on their door and asked them to turn it down (please?). In the end, it’s probably just easier to succumb to their greatest, realize you aren’t worthy enough to gaze upon their might, and just sit down and listen to this episode to learn about the gear they use and how it helps them in battle.

The band is made up of Fang VonWrathenstein (lead vocals), Socrates of Shred (lead guitar), Asian Metal (lead guitar), Captain Bluddbeard (lead bass), and ANALOG (lead drums). In case you didn’t notice, this band is so metal, they all lead and no one is lowly enough to be considered “backup”.

Fang VonWrathenstein (MORTAL NAME: Ty Christian), lead singer, front-being and business executive for Madison, Wisconsin based Lords of the Trident, graces us with his super metal presence in this first-ever, consumer-focused interview where we turn the tables and talk to the bands about their own backlines, what they use and why they use it, what’s up with his obsession with too many flames in music videos, and why we hope this episode will ultimately correct the imbalance in the world between good and evil, music and silence, and volcanos and unicorns.

And yes, you are worthy enough to listen to this interview. Although just a disclaimer: your ears might bleed a little.