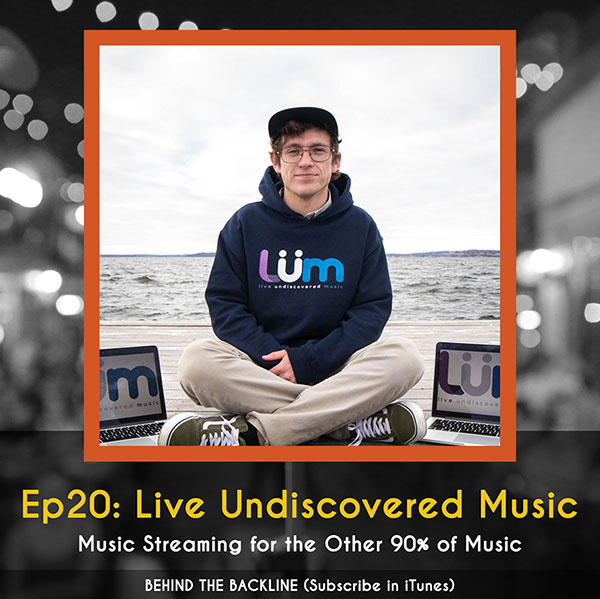 Episode 20 of Behind the Backline

It seems like everywhere you look these days there’s another music streaming service or music discovery tool that caters only to popular mainstream music, including Spotify and Pandora. But did you realize that by focusing on only this music demographic those services only really represent and promote the top 10% (or less) of music on the planet? Where can you discover the other 90% of music?!

Live Undiscovered Music, or LÜM, hopes to change all that. Starting in August of 2018, bands and fans will get the chance to experience a much larger catalog of music than you will ever find on Spotify, Pandora or even SoundCloud. This streaming service will come built into a new kind of music-focused social media platform that will allow fans to discover, share and rate new music that is truly new and “undiscovered”.

For those of us who are old enough to remember the good ol’ days of MySpace, you might argue (as I did in this episode) that a music streaming service coupled with a social media platform has already been tried and, in part, failed in the community. However, as CEO Max Fergus reminds us, MySpace’s time was before we were mobile and connected all the time. MySpace was never portable in its prime, and now that it has been reborn as a music platform, the newness of the past has sort of been washed away with time and left it forgotten for many of us.

There’s also rumors of some fancy, secret features that we won’t know about until LÜM officially launches on August 17th here in Madison, Wisconsin during our annual Forward Technology Festival.

LÜM CEO Max Fergus joins us in this episode to share with us where the idea for LÜM came from, how the team behind the app came together, what the relatively short development timeline has been like, and what he hopes LÜM will do for the future of the music industry.