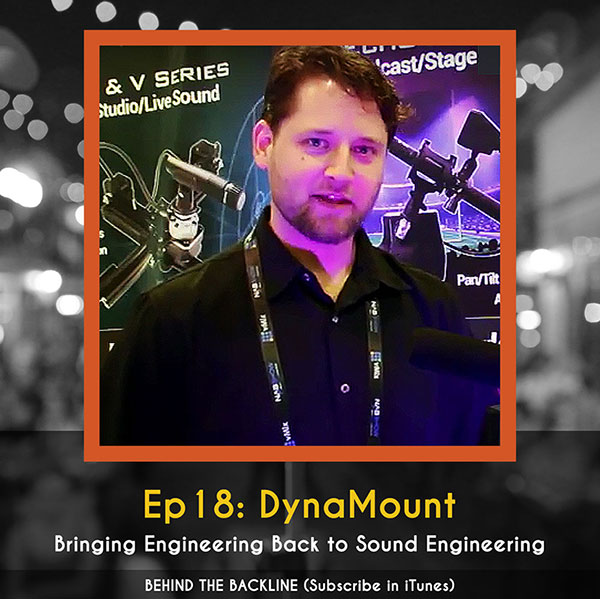 Episode 18 of Behind the Backline

In the good ol’ days, songs and albums were recorded without technology like compression. At that time, it was imperative to find the sweet spot manually. Microphone positioning was everything.

These days, we tend to rely quite a bit more on technology and post production methods to achieve the desired sounds. But what if there was a way to use new technology combined with the microphone positioning practices of the past to get those sweet spots even easier and quicker?

Brothers Jon and Mike Russo thought this very thing while they were playing in bands several years ago, asking “Wouldn’t it be great if there was some kind of remote controlled device able to adjust the mic placement and recall positions?”.

Flash forward a couple of years when Mike needed a final project for an app development course he was taking, he decided to combine his new skills with those he picked up earning an Aerospace Engineering degree to create an initial prototype. The project was a success, getting an A+ in the class and demonstrating a proof of concept at the same time.

After a long process of market research and several rounds of self-funded prototype development, DynaMount LLC was founded in February 2015. In May 2015, they launched their Kickstarter. With a lot of buzz on social media and help from some big names in the recording industry who were excited about the remote microphone positioner products, they were able to successfully fund their project, raising 150% of their goal.

Mike Russo, Co-Founder and CTO for DynaMount, joins us in this episode to share their story from idea to today’s success of their original models, their journey over the past year to bring their new “Echo-PT” model to market for the broadcast industry, and how their products are saving hours of time for both recording and live sound engineers.